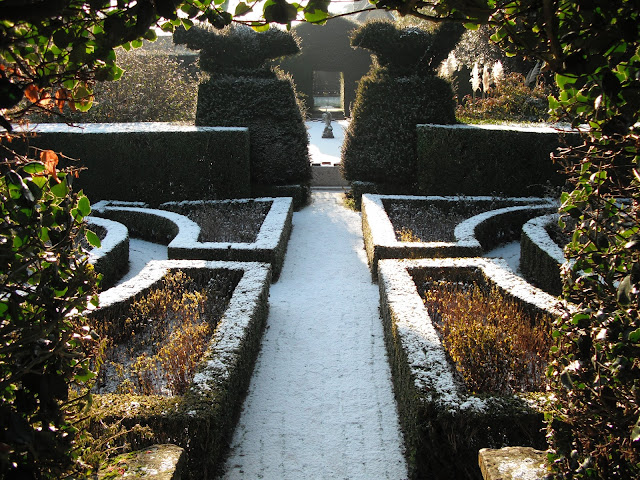 Season’s greetings one and all! Merry Christmas and a happy new year! I am unfortunately unable to offer any particularly festive images of Kew, so instead here’s another look at dear old Hidcote under snow. See you in 2013!

Undoubtedly, one of the highlights of my time at Kew so far has been maintaining and becoming acquainted with the large Passiflora collection held in Zone 9! Passiflora is a genus containing over 500 species that are mostly found in tropical South America, and to a lesser extent in places such as North America, Southeast Asia and Australia. The simplest way I can describe them is as the tropical version of Clematis; vigorous blighters that clamber about all over the shop on tendrils, and with delightfully beautiful flowers that are consistently showy and fascinating across the genus! These amazing flowers have been captivating horticulturally-disposed eggs for centuries, as far back as the 16th century they were being lauded and praised for their beauty. Spanish Jesuit priests were convinced that these flowers symbolised the Passion of Jesus Christ, and attributed the complex flower parts to the various elements involved in the crucifixion. The Latin word passio means suffering, and this religious association continued in the naming of the genus by Linnaeus.

The stereotypical Passiflora bloom is large and showy, with a crown around the flower known as the corona that acts as an attractor and landing pad for pollinators such as bumblebees. An inner corona leads to the nectar, which the bees extract in the traditional manner with their tongues! This corona is stunted in species pollinated by hummingbirds (landing pad not required), but the floral tube leading to the nectaries is much longer, about 10cm, to account for the long beak of these graceful birds. The arrangement of the male and female flower parts is quite unique, with the male anthers pointing down towards the flower. Pollen transfers from these on to the backs or heads of bees and birds respectively, as they brush against the anthers before consequently brushing against other flowers when they cheerfully continue on their pollination rounds. The female parts are also conspicuously arranged, generally seen in threes and always standing upright as the flower opens. A period of time elapses after opening, this quirk dependent on the particular species, after which the stigma then also begins to slowly point down towards the flower. This brings it slightly closer to the action where the pollinators are drinking nectar, and enables it to better receive pollen from the slurping bees and birds. The aim of this remarkable skulduggery is to limit the chance of self-pollination, by leaving a window of time in which the pollen on the anthers can be removed by the first eager visitor. Appearing after this raises the possibility of coming into contact with pollen from another flower, which increases genetic variation and creates stronger plants in the next generation!

In terms of cultivation, one of the most enticing aspects of Passiflora is their ability to flower well as container grown plants. The majority of the specimens in Zone 9 are growing in 5L pots and are regularly hacked back throughout the year to keep their vigorous growth in check, but in spite of this apparently rough treatment a large majority of the species flower well, and even at this time of year with the ever-reducing light levels. For growers in England, containers and a greenhouse are generally required to get near these predominantly tropical plants. There is happiness in the world however, as near-hardy specimens are available to enthusiasts in our less balmy climes, with Passiflora caerulea the hardiest for cultivation in England. This species will endure temperatures below freezing when planted in a sheltered spot and offered some protection; with good drainage the key to limping it through our cold and damp winters (wet cold quickly croaks the roots). Fortunately P. caerulea hybridises readily, and the hardiest hybrids available are those involving this species in the parentage. P. ‘Amethyst’ and P. ‘Clear Sky’ are two notable examples, but there have been over a hundred created (where there is a will, there is a way!) An unheated yet frost-free greenhouse or windowsill would obviously be an ideal situation to overwinter a container grown P. caerulea hybrid, brought in from the garden after a prune that results in at least some green leaves being left on the plant, and tied-in to four foot or so of canes to support any winter growth.
I am smitten, as this rambling on indicates! Enough jabbering, here is some Passiflora glory!

Outside of the greenhouse, the Kew landscape has recently been going through some staggeringly beautiful and dramatic changes. The place is absolutely chock full of mature and magnificent trees, so the autumn colour is both unique and utterly glorious! There are literally thousands of trees here; The Arboretum holds the lion’s share of the site with the garden display areas dispersed in amongst it. The long history of the gardens means that many of these specimens are beasts, and considered champions within British arboriculture! This season of radiant autumn colour has already given way to winter structure, but with the strong possibility of snow on the horizon I am looking forward to smothered branches and icy silhouettes!


One of my favourite Hidcote blog posts was from this time of year; please click here for more autumn mayhem.
Posted by Bertie Bainbridge at 9:42 pm 7 comments:

This week I have been launched like a t-shirt & short clad rocket into the ‘Great Glasshouses’, having been posted to the Tropical Nursery with responsibility for ‘Zone 9, woody tropical’. The Tropical Nursery contains 21 separate zones, all independently controlled and heated to accommodate the exotic collections contained within, with species from the four corners of the globe being nurtured here!

Although the largest glasshouse at Kew this area only opens to the public once a year, with us mostly behind the scenes ferretting away to maintain the collections, and supply plants when needed to the Palm House, Temperate House and other public display houses. My zone harbours some delightful specimens, including a collection of Passiflora species and hybrids, large collections from the island of Mauritius, three benches of assorted tropical climbers and a healthy gang of small trees. These coves will not settle for any less than around 22°C and 90-100% humidity, which hopefully explains this issue of my extremely casual and informal attire! The plants here are dashed interesting and rather rare, with a number of species, particularly amongst the Mauritius collection, either extinct in the wild or down to one or two remaining plants. This is quite a change of focus compared to the work at Hidcote, with plants being grown to conserve the species and have them readily available for propagation, instead of cultivation for beautiful flowers or long season of interest. Much of the Mauritius collection was brought back as seeds and cuttings from expeditions to the island by my day-to-day Boss Man, Carlos Magdalena. This egg has been described by the BBC as ‘the plant messiah’ on account of his propagating several rare species previously at risk of extinction. Although I am so far unfortunately unable to report any miracles, I can tell you he is inspiringly enthusiastic about plants and propagation, and basically seems to have the ardent patience and extensive knowledge base to fathom out ways of propagating these rare plants which have never been seen before in cultivation.

I will be featuring some more of the action from the Tropical Nursery before my placement ends, but here is an initial introduction to some of the plants residing here! 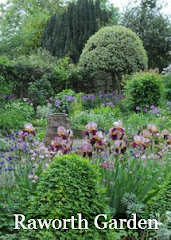